Well, the Armed force has undertaken the responsibility to protect the country’s Military and Economic interests by pledging their professional skills towards the defense based policies that are being formulated to make the defense system phenomenal in all respects.

Pakistan Army is one of  the most respectable defence department of Pakistan and it announces a large no of Vacancies every year. Find all Pak Army Recruitment recently announced in all Newspaper of Pakistan Jang, Dawn, The Nation, express, Dunya. Army Selection & Recruitment Centres are present is Rawalpindi, Peshawar, Lahore, Hyderabad, Karachi, Quetta, Gilgit, Multan.

We receive many queries from our visitors that how can they join Pakistan Army directly as a Major or Captain, this post is meant to address their query. 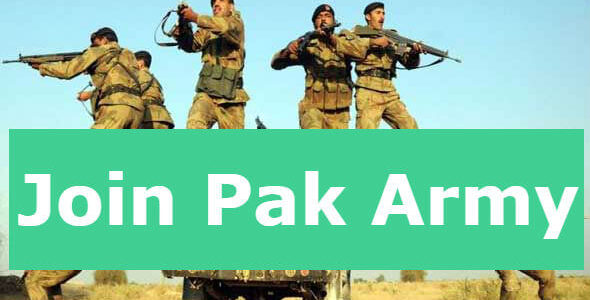 Specialist doctors means the ones who’ve not only done MBBS but also completed their specialization and cleared the exam. Please note that only FCPS, FRCS or equivalent are considered for Major rank, MCPS, etc are inducted as Captain only.

It’s easy and common to join Pakistan Army directly as a Captain if you’re well educated and have professional degrees that are entertained by Pakistan Army. These include:

Well if you’ve not completed your graduation, you can join Pakistan Army as a 2nd lieutenant on basis of HSSC degree (FSC, FA, etc.) and become a Captain after almost 3 years. The detailed requirement for courses vary from time to time and is published as per latest advertisement on Army Joining website joinpakarmy.gov.pk and can also be inquired from us.