We are pleased to inform you that Latest FIA Jobs 2021 Federal Investigation Agency Application Challan Form Download along with complete number of vacant seats qualification eligibility criteria procedure and  last date to apply being dispatched over here. Recently the Federal cabinet endorsed the approval of recruitment upon the vacant seats laying in FIA with respect to run the smooth operations of respectively. There are almost 1000 FIA Jobs 2021 have been announced as well. 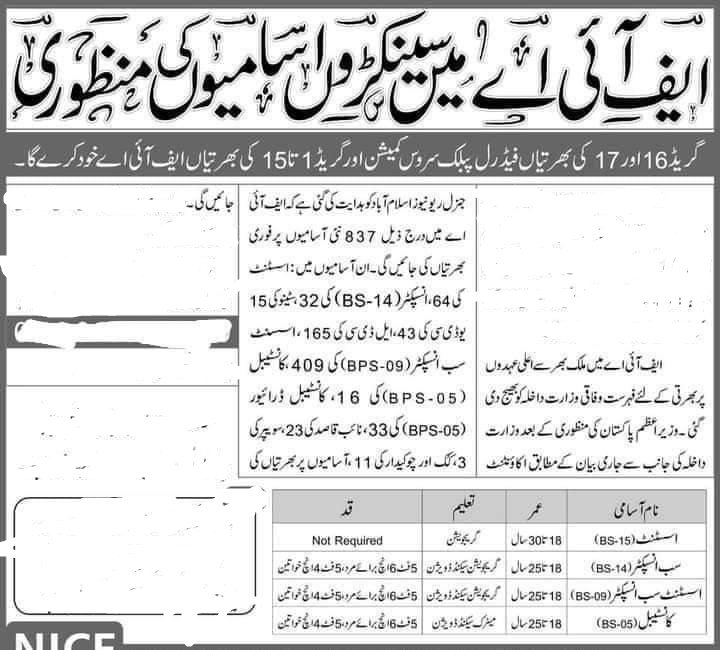 The Federal Investigation Agency is a border control, criminal investigation, counter-intelligence and security agency under the control of the Interior Secretary of Pakistan, tasked with investigative as well. The requirements of federal government regarding investigation of criminal offences kept on increasing and Mr. Gul Ahmad in his report on “Police Reform”, submitted to cabinet on 07-04-1972, recommended establishment of Federal Police Organization to deal with smuggling, narcotics, currency Offences, enforcement of laws relating to foreigners, immigration and passports and offences having inter-provincial ramification. Consequently FIA Act, 1974. (Act VIII-4 of 1975) was promulgated on 13-01-1975, bringing Federal Investigation Agency into existence.